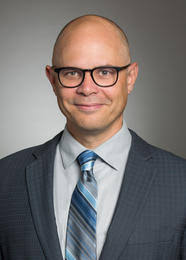 Timothy Rommen (Ph.D. University of Chicago, 2002) is the Faculty Director for the Wolf Undergraduate Humanities Forum on Afterlives. He specializes in the music of the Caribbean with research interests that include folk and popular sacred music, popular music, critical theory, ethics, tourism, diaspora, and the intellectual history of ethnomusicology. His first book, entitled "Mek Some Noise": Gospel Music and the Ethics of Style in Trinidad (University of California Press, 2007), was awarded the Alan P. Merriam Prize by the Society for Ethnomusicology in 2008. His is also the author of “Funky Nassau”: Roots, Routes, and Representation in Bahamian Popular Music (University of California Press, 2011). He is contributing author to and co-editor, along with Daniel Neely, of Sun, Sea, and Sound: Music and Tourism in the Circum-Caribbean(Oxford University Press, 2014). He is co-editor of the Chicago Studies in Ethnomusicology book series (University of Chicago Press), and editor of and contributing author to Excursions in World Music (Pearson). He is a contributor to the Cambridge History of World Music, and his articles and reviews appear in Ethnomusicology, Popular Music, the Black Music Research Journal, the Latin American Music Review,  the Journal of Musicology (forthcoming), The World of Music, The New West Indian Guide, the Journal of Religion, the Journal of the Royal Anthropological Institute, The Yearbook for Traditional Music, the Journal of Anthropological Research, the International Dictionary of Black Composers, and the Encyclopedia of Popular Music of the World. His current projects include a musical ethnography of Dominica and a second volume on music and tourism in the circum-Caribbean.