The Past and Future of Reproductive Choice

The Past and Future of Reproductive Choice

Professor of Law and History, University of Pennsylvania

As the future of Roe v. Wade, the landmark 1973 US Supreme Court case legalizing women’s right to choose an abortion, hangs in the balance, legal scholars Linda Greenhouse and Reva Siegel talk with Serena Mayeri about the long history of the struggle for reproductive justice in the US.  Among the topics they will consider are the past and present of what has been known since the 70s as the “pro-choice” position and how they see it faring both in the courts and in public opinion going forward.

Cosponsored by the Department of History and Penn Law’s If/When/How: Lawyering for Reproductive Justice group.

Linda Greenhouse is a senior research scholar at Yale Law School. From 2009 until 2020, she taught fulltime at as the Joseph Goldstein Lecturer in Law, following a long career at the New York Times.  She was the newspaper’s Supreme Court correspondent for nearly 30 years, winning a Pulitzer Prize in 1998 for her coverage of the Court. Since 2010, she has been a contributing columnist for the New York Times op-ed page, writing a twice-monthly column on the Supreme Court and law.

Other awards during her journalistic career including the John Chancellor Award for Excellence in Journalism (Columbia University,2004); the Goldsmith Career Award for Excellence in Journalism (Harvard Kennedy School, 2004); and the Carey McWilliams Award from the American Political Science Association for “a major journalistic contribution to our understanding of politics” (2002).

In her extracurricular life, she has served since 2017 as president of the American Philosophical Society, the country’s oldest learned society, to which she was elected in 2001. In 2005, the society awarded her its Henry Allen Moe Prize for writing in jurisprudence and the humanities.

She is a former member of the Harvard University Board of Overseers (2009-2015) and of the national board of the American Constitution Society (2010-2016). She currently serves on the Council of the American Academy of Arts and Sciences and in the national Senate of Phi Beta Kappa. She is one of two non-lawyers elected to honorary membership in the American Law Institute, which awarded her the Henry Friendly Medal in 2002.  She has received 13 honorary degrees.

Among her publications are Becoming Justice Blackmun, a biography of the Justice; Before Roe v. Wade: Voices That Shaped the Abortion Debate Before the Supreme Court’s Ruling (with Reva B. Siegel); The U.S. Supreme Court: A Very Short Introduction; The Burger Court and the Rise of the Judicial Right (with Michael Graetz), and Just a Journalist, a memoir published in 2017 by Harvard University Press. She is a graduate of Radcliffe College (Harvard) and earned a Master of Studies in Law Degree from Yale Law School, which in 2007 awarded her the Yale Law School Alumni Association Award of Merit. 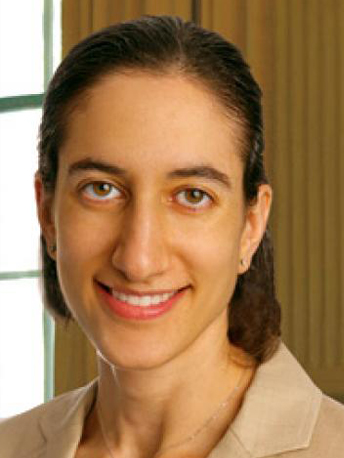 Serena Mayeri is Professor of Law and History at the University of Pennsylvania Law School, where she teaches and writes about legal history, equality, work, and the family. Her book, Reasoning from Race: Feminism, Law, and the Civil Rights Revolution (Harvard University Press), received the Littleton-Griswold Prize from the American Historical Association for the best book in sociolegal history and the Darlene Clark Hine Award from the Organization of American Historians for the best book on African American women’s and gender history.  She is currently at work on a book exploring challenges to the legal primacy of marriage in the United States since 1960. Her scholarship has also appeared in numerous edited volumes, including Reproductive Rights and Justice Stories, and in publications such as the Yale Law Journal, the California Law Review, and Constitutional Commentary. Mayeri holds a secondary appointment in the Department of History at Penn, where she is also a member of the Core Faculty and the Executive Board of the Program on Gender, Sexuality, and Women’s Studies, and serves on the Executive Committee of the Andrea Mitchell Center for the Study of Democracy. Mayeri was named a Distinguished Lecturer by the Organization of American Historians in 2016. Prior to coming to Penn, she earned her J.D. and Ph.D in History from Yale, clerked for the Honorable Guido Calabresi on the U.S. Court of Appeals for the Second Circuit, and served as a Samuel I. Golieb Fellow at the New York University School of Law.