What Kids Can't Do: Youth, Historical Agency, and Authority

What Kids Can't Do: Youth, Historical Agency, and Authority

Can children or adolescents make rational choices? To what extent do they have agency or the ability to shape their own circumstances or destinies? Historian Abosede joins Mia Bay for a discussion about childrens’ lives in different parts of the world and in different eras, as well as how to think about the role of children in history more generally.

Cosponsored by the Department of History.

Abosede George is Associate Professor of History at Barnard College and Columbia University in New York. She teaches courses on migration, historical mapping, urban history, childhood and youth, and the study of women, gender, and sexuality in African History. Her book, Making Modern Girls: A History of Girlhood, Labor, and Social Development was published by Ohio University Press and received the Aidoo-Snyder Book Prize in 2015 from the Women's Caucus of the African Studies Association, as well as Honorable Mention from the New York African Studies Association. Her publications have appeared in the American Historical Review, the Journal of Social History, Comparative Studies in South Asia, Africa, and the Middle East, Meridians, Women’s Studies Quarterly, and the Journal of West African History, among other outlets. She is steadily working on The Ekopolitan Project, a digital forum dedicated to historical research on migrant communities in nineteenth and twentieth century Lagos, West Africa. She seeks collaboration on building the collection of historical sources on migrant communities in Lagos from all descendants of the 19th century Lagos diaspora in Nigeria and around the world.

Mia Bay is the Roy F. and Jeanette P. Nichols Professor of American History at University of Pennsylvania.  Prior to arriving at Penn in January 2018, Bay worked at Rutgers University, where she was a Professor of History and the Director of the Rutgers Center for Race and Ethnicity. Professor Bay is a scholar of American and African American intellectual, cultural and social history, whose recent interests include black women’s thought, African American approaches to citizenship, and the history of race and transportation. She holds a Ph.D. and M.Phil. from Yale University and a B.A. from the University of Toronto. Bay’s publications include The White Image in the Black Mind: African-American Ideas about White People, 1830-1925 (Oxford University Press, 2000); To Tell the Truth Freely: The Life of Ida B. Wells (Farrar, Straus and Giroux, 2009) and the edited work Ida B Wells, The Light of Truth: The Writings of An Anti-Lynching Crusader (Penguin Books, 2014); as well as many articles and book chapters. She is also the co-author, with Waldo Martin and Deborah Gray White, of the textbook Freedom on My Mind: A History of African Americans with Documents (Bedford/St. Martins 2012, 1st Edition, 2016, 2nd Edition, 2020, 3rd Edition), and the editor of two collections of essays: Towards an Intellectual History of Black Women (University of North Carolina Press, 2015), which she co-edited with Farah Jasmin Griffin, Martha S. Jones and Barbara Savage, and Race and Retail: Consumption Across the Color Line (Rutgers University Press, 2015), which she co-edited with Ann Fabian. Bay’s current projects include a new book entitled Traveling Black: A Story of Race and Resistance (forthcoming, Harvard University Press, 2021); and a book on the history of African American ideas about Thomas Jefferson. 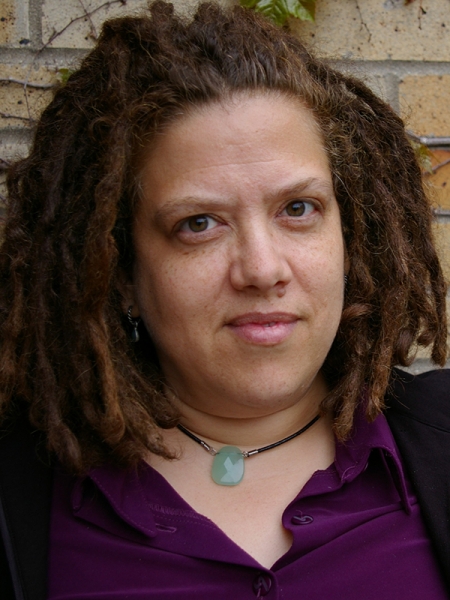