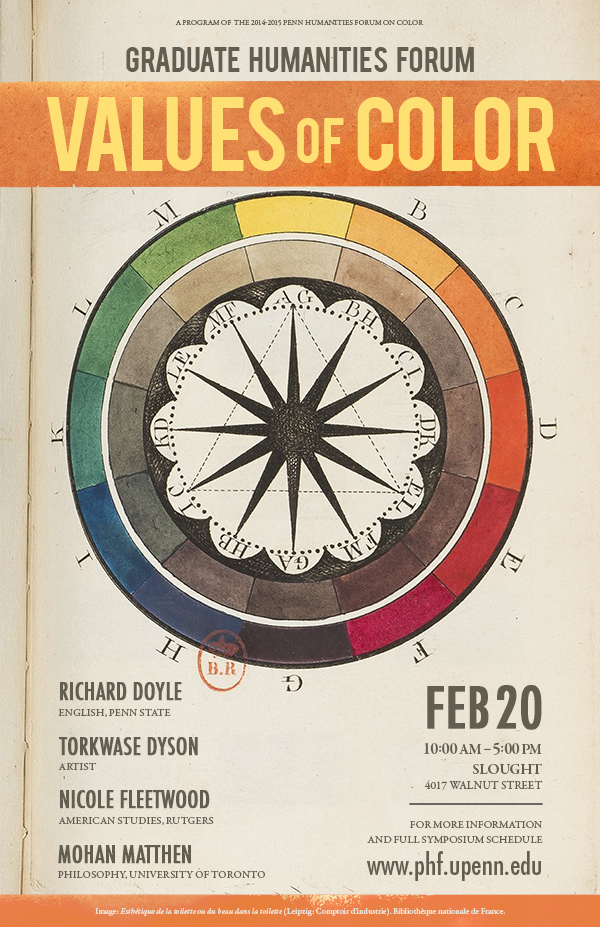 Richard Doyle composes and teaches in the esoteric traditions of rhetoric, science fiction and emerging technoscience–sustainability, space colonization, biotechnology, nanotechnology, psychedelic science, information technologies, biometrics–and the cultural and literary contexts from which they sprout. He earned his Ph.D. in Rhetoric at UC Berkeley. He was the Mellon Post Doctoral Fellow in History and Social Science of the Life Sciences at MIT in 1993. As Professor of Rhetoric, he has appointments in English, Science Technology & Society and the College of Information Science and Technology at Penn State University and was Visiting Associate Professor at UC Berkeley, Department of Rhetoric in 2003. He is the author of On Beyond Living (Stanford University Press 1997), Wetwares (University of Minnesota Press 2003), and Darwin’s Pharmacy (University of Washington Press 2011).

ABSTRACT: By the Way, Which One's Pink?: On the Minimal Conditions for a Transmission of Philip K. Dick's Valis?!

Pink is real—or it is not—but it is just as real or not-real as red, orange, yellow, green, blue, indigo and violet. Michael Moyer, “Stop this Absurd War on the Color Pink,” Scientific American.

Why would one man write nearly nine thousand pages after the epiphanic experience of being fired upon by a “pink beam of info-rich light?” ( Folder 18, p. 66) Writer Philip K. Dick’s The Exegesis, now partially accessible to scholars in print as well as digitally at zebrapedia.psu.edu, attempts to explicate a 1974 experience of what he called “pure consciousness.” In this mammoth text, Dick worked through the range of all possible explanations for this anomalous event of “ultra thought”, including an alien immanent god he called VALIS, a cosmic galactic network of living information. By pursuing a relentless path of writing and thinking through the unbelievable with humor, skepticism and a passion for the truth, Dick ultimately exhausts his capacity to think any further, arriving, again, at pure consciousness. Beyond thought, PKD writes up his journey as a story featuring himself as a fictional character in the novel Valis. Through the pages of The Exegesis and the novels, PKD discovers and relates the unthinkable: the self itself does not exist, relating perhaps the necessary and sufficient conditions for the experiences of 1974: what the Advaita tradition calls the perception of “no self.” Along with a necessarily compressed account of PKD’s text and its journey beyond thought, this talk will briefly explore the question: Why was the light pink?

Interdisciplinary artist Torkwase Dyson merges ideas such as site and built environments, nature and culture under the rubric of environmentalism. Fascinated with transformations, ambiguities and environmental changes that place these subjects in relationship to each other, Dyson's work revolves around investigating our connections to imagination, materiality, geography and belonging. Torkwase Dyson received her MFA from Yale University in painting/printmaking. Her work has been exhibited at Franconia Sculpture Park, the Whitney Museum of American Art, the Corcoran College of Art and Design, the Schuylkill Center for Environmental Education, and the Smithsonian National Museum of African Art.

I journey clandestinely underwater in the Gulf of Mexico exploring oil rigs, tankers, and pumps to familiarize myself with their surroundings. With each dive I become more fascinated by the massive body of water littered with steel structures extruding into the sky. Simultaneously, I’m aware this body of water also helped spatialize black populations and ultimately position it/them in places that would not honor humanness.  While placing my body in this network of history and the present, I’m interested in composing contemplative images that explore the overlapping ecological, economic and historical conditions our oceans host.

Nicole R. Fleetwood is Associate Professor in the Department of American Studies and Director of the Institute for Research on Women at Rutgers University, New Brunswick. She researches and teaches in the areas of visual culture and media studies, black cultural studies, ethnography, gender theory, and culture and technology studies. Her book Troubling Vision: Performance, Visuality, and Blackness (University of Chicago Press 2011) was the recipient of the 2012 Lora Romero First Book Publication Prize of the American Studies Association. Fleetwood received her Ph.D. from Stanford University in the Program in Modern Thought and Literature and her B.Phil. from the School of Interdisciplinary Studies at Miami University (Ohio). Her book On Racial Icons will be released in 2015. Currently, she is completing Carceral Aesthetics: Prison Art and Public Culture, a study of prison art and visuality. In it, she examines a range of visual art and practices emerging inside prisons and about prison life, including photography, painting, and collaborative works with arts organizations and commissioned artists.

How have social media activism and grassroots organizing created visual material and archives to enact black life as matter? How do we mobilize the dead and the erased to reveal the lived experience of black subjects? From campaigns that deploy the posthumous icon as a badge of collective solidarity and a demand for recognition to the visual and archival practices of the millions who live in carceral institutions, the talk meditates on how the dead come to life, the unseen claim recognition, and the disregarded forms circles of love and hope through a declaration that black life matters.

Professor and Canada Research Chair of Philosophy, University of Toronto

Mohan Matthen is Professor of Philosophy and senior Canada Research Chair at the University of Toronto. He was born in Bangalore India and studied Physics and later Philosophy at Mayo College, Ajmer and St. Stephen’s College, Delhi.  Matthen received his PhD from Stanford University. He is the Principal Investigator on a recently awarded SSHRC Partnership Development Grant to establish the Network for Sensory Research. The partner institutions are Toronto, London, Glasgow, Harvard, and MIT. He is the author of Seeing, Doing, Knowing (Oxford University Press, 2005) and the editor of Color Ontology and Color Science (Bradford, 2010) and Perception and Its Modalities (Oxford University Press, 2014).

Josef Albers called his famous series “Homage to the Square.” But of course his paintings would have been far less interesting if they had just shown squares. It’s the colour that makes these paintings compelling. But how? Why is it so much more interesting to gaze at simple almost wholly uncomposed colours than to gaze at simple geometrical shapes or to listen to simple tones?

Part of the answer is, I suggest, to be found in the informational paucity of colour. Colours are informative about objects that possess colour; they are almost completely uninformative about the properties in virtue of which objects possess colour. The similarity structure of the colours have (as I shall show) no informative value about the nature of luminance, reflectance, composition, etc—the properties that give things colour.

Kant said that aesthetic pleasure lay in the pleasure of perceiving things independently of the value of possessing or consuming these same things. The informational paucity of the colours makes room for appreciating them in this way even at the level of minimal structure and composition.