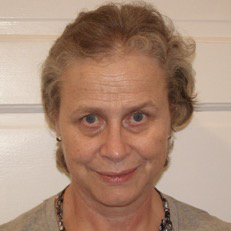 Sheila Murnaghan is a classicist specializing in ancient Greek poetry, especially epic and tragedy, gender in classical culture, and the modern reception of classical literature.  She is the author of Disguise and Recognition in the Odyssey (2nd edition 2011) and the co-editor of volumes on Women and Slaves in Greco-Roman Culture (1998), Odyssean Identities in Modern Cultures (2014), and Beat Writers and the Classical Tradition (forthcoming).  She is currently completing a co-authored study of childhood and the classics in England and America from the mid 19th to the mid-20th century.  She has written Introductions for new translations of the Iliad and Odyssey by Stanley Lombardo and has translated and edited Euripides’ Medea for a Norton Critical Edition.  Future projects include a commentary on Sophocles’ Ajax and new translations of Sophocles’ Theban plays, also for Norton.

My project is a new translation of Sophocles’ Antigone to be published in a Norton Critical Edition. Translating an ancient text involves dealing with issues of historical distance as well as of linguistic and cultural difference, and I will be aiming to produce a version that has a clear, coherent voice while also giving twenty-first century readers an appreciation of the play’s several and shifting cultural identities: as a fresh work of dramatic performed poetry in fifth-century BCE Athens, as an important document both of the western classical tradition and of world literature, as the ancient source for many modern imitations and adaptations, and as a touchstone for philosophical thought from Hegel to the present day.