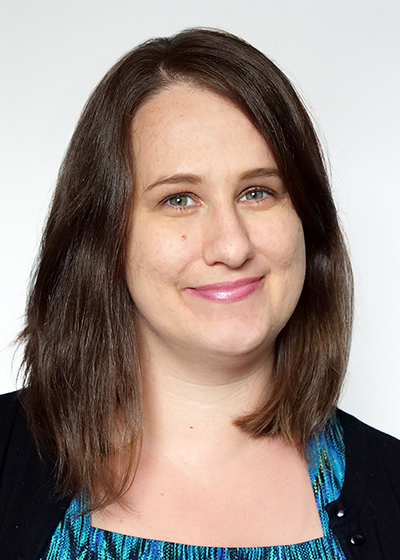 Sarah Jones Weicksel is a scholar of history and material culture whose research centers on the intersection of race, gender, and the politics of everyday life in the United States. At the Wolf Humanities Center, she is working on her first book, The Fabric of War: Clothing, Culture and Violence in the American Civil War Era. This project is a material history of war that focuses on the intimate, visceral nature of the Civil War and the end of slavery by exploring the conflicts and politics surrounding the production, consumption, theft, and destruction of clothing in the context of military mobilization, war, emancipation, and reconciliation. Weicksel earned a PhD in history with distinction from the University of Chicago and an MA in American Material Culture from the Winterthur Program at the University of Delaware. She is the author of several articles on topics that include wartime looting; the experiences of African American soldiers and refugees; manhood and body armor; and clothing and disease. She is a Research Associate at the Smithsonian's National Museum of American History.

The Fabric of War: Clothing, Culture and Violence in the American Civil War Era

At the center of this project is the question of how people’s relationship to their “stuff”—and to their clothing in particular—shaped the experiences, outcomes and ongoing reverberations of the political and cultural turmoil of emancipation and the American Civil War. The Fabric of War weaves together textual, visual and material sources to investigate how clothing was used to wage war and to promote and contest social and cultural identities throughout the United States in the 1860s. This is a history of the intimate, visceral nature of the American Civil War and how black and white women and men used clothing and dress practices to rework and resist the shifting boundaries between slavery and freedom, the gendered dimensions of daily life and citizenship, and the government’s role in civil society. On both sides, clothing was available as a key instrument for civilians, soldiers and the government to wage war—not only as a critical element of supply, but also as a means of fostering loyalties, shaping identities, and making people into citizens. But clothing, at times, proved better at giving the appearance of racial integration rather than establishing acceptance; better at initially arousing than fully maintaining patriotic fervor; better at cultivating resentment than loyalty; more effective at communicating resistance and division than solidarity. By the 1870s, it was abundantly clear that in order to be recognizable as a citizen of the United States, a person had to not only act—but also dress— the part.