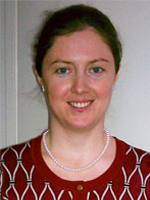 Rozaliya Garipova is a Mellon Postdoctoral Fellow in the Department of Religious Studies. Her research focuses on the Volga-Ural Muslim community of the late imperial and Soviet Russia. Her first book project, Shari?a in the Russian Empire: Transforming the Muslim Community, investigates the interaction and the boundaries between Islamic law and imperial law and argues that Russian imperial rule broke down the traditional socio-legal order and transformed Islamic legal practices, the religious authority of the ulama and legal consciousness in this Muslim community. As a postdoctoral fellow, she began to work on her second project which focuses on female religious authority in contemporary Russia. At Penn, she teaches courses on Islam in Central Eurasia, Islamic law and modernity, women and religion, and female religious authority in the Muslim world.

My research focuses on the history of the encounter of Muslim societies with modernity from the perspective of the religious scholars (ulama) and Islamic law in the Volga-Ural region of the Russian Empire. I continue to examine in my current project how modernization and homogenization policies of the Russian state affected Muslim family and women in particular. Novelties introduced in the sphere of family law had a crucial impact on the practices of Muslim marriage and divorce and on Muslim family life in general. Moreover, the transformation of the religious authority of the ulama and Islamic law also had repercussions on the lives of Muslim women.