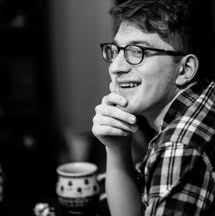 Ray is a Classics and Comparative Literature major concentrating in Languages and Literature and Literary and Cultural Theory. When not wrangling with Greek or Latin syntax, his studies have included political theory and philosophy, intellectual history, and literary theory, along with a two-year stint as a linguistics major. His project, studying how the ideological and pedagogical responsibilities of the English schoolmaster dictated practices of reading and translation in the imperial 19th century, aims to inform some of his broader interests in reading, misreading, and rereading, along with questions concerning the historical roles and present relevance of the classics. Having spent his summer working with these texts as an undergraduate fellow at the Price Lab for the Digital Humanities, he is excited to spend this year as chair with such a remarkable group of fellows with such a diverse and promising set of projects.

Translation was essential in the education of English schoolboys in the 19th century. With Ancient Greek and Latin at their cultural apogee, teaching the history and grammar of the ancients was one of the key tasks of the schoolteacher. Presenting grammatical and historical information essential for understanding the text, the schoolboy commentary was crucial in this. I will analyze schoolboy commentaries on the Agricola of Tacitus in order to draw out the conditions under which translation was possible. What relationships with the Romans and Britons do these commentaries presume? How do they understand imperial rule, and how does this relate to English colonial ventures of the period? If, for the English elite of the period, education was education for empire, how do commentaries reflect this?