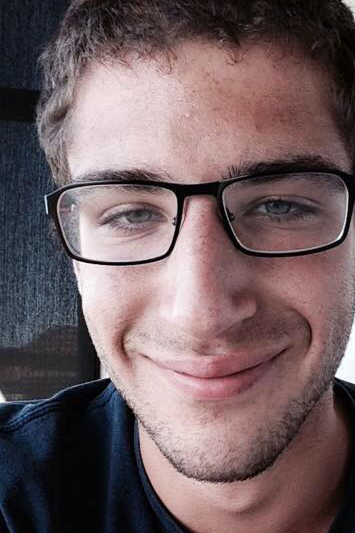 Hailing from Seattle, Washington, Nathan is a senior in the College majoring in English and Classical Studies. While he enjoys studying literature of all periods, from antiquity to the present, he has focused especially on the Middle Ages and English Renaissance. A proud “Med/Ren” concentrator within the English department, Nathan is happiest when immersed in the works of Chaucer, Shakespeare, and their contemporaries. Keeping true to Penn’s spirit of integration, he strives to make links between his two majors as often as possible, and holds a particular interest in the reception of antiquity in the medieval and early modern eras. When he is not thinking about premodern literature, Nathan keeps himself busy by making art. Over the last three years, he has acted, stage managed, and dramaturged for groups like Front Row, STIMS, and Quadramics. He also enjoys singing opera, exploring Philly’s classical music scene, and performing with Penn’s magnificent Choral Society.

"To Thine Own Self Be True:" Quoting the Shakespearean Maxim from 1600 to the Present

In the early years of the seventeenth-century, professional English plays were printed for the first time with commonplace marks, textual signs that alert the reader to extractable pearls of wisdom. Until then, only works of greater prestige—translations of Euripides, neo-Senecan tragedy, and finally, works of poetry—had merited such a distinction. In applying these marks to vernacular drama, publishers, as well as the few playwrights who played a role in the process, effected a translation of cultural value: a conveyance of “literariness” from one locus (Greek and Latin literature) to another (vernacular drama). In my project, I examine how this process of translation unfolds in the plays themselves, showing how early modern playwrights inherited and morphed an ancient tradition of literary sententiousness.