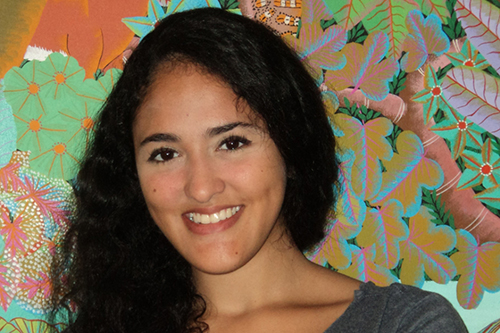 Melanie (C’15) is a senior cultural anthropology major with a minor in Africana studies. During her time at Penn she has been a member of Penn's Race Dialogue Project and a student advocate at LIFT-Philadelphia. Her ethnographic research documents processes of identity formation among Black Creoles on the Southern Caribbean coast of Nicaragua, specifically in relation to the post-colonial mestizo nationalism of the Nicaraguan nation-state. Her ultimate aims in conducting this ongoing research include undoing processes of Black erasure (at both the personal and structural level) in Latin America and the Caribbean, and writing Central America in as pertinent and no longer peripheral to conceptualizations of the Black diaspora. A graduate research proposal she is currently developing builds on her undergraduate research, and will examine identity formation among first, second, and third generation Nicaraguan Creoles in the US, particularly in Miami.

As Long as You’re a Black Wo/man You’re an African: Creole Diasporic Politics in the Age of Mestizo Nationalism

Nicaragua, along with most—if not all—Central American nations, is seldom considered to have a Black or Afro-Latino population. Despite the legacies of colonial Black erasure that bleed into the present day, however, Nicaragua’s Southern Atlantic Coast in particular has been home to Afro-descendants since the early 17th century. Part of Nicaragua’s historical narrative of Black erasure has to do with the white supremacist mestizo nationalism that has plagued the nation since before independence in 1821. Through an exploration of Atlantic Coast history, Creole ethno-genesis, and the racist mestizo nationalist practices of the Nicaraguan state, this project highlights the emerging social movement of Creole Black diasporic politics and argues that Creoles are not solely operating under Gramscian “common sense,” as has been previously theorized. Instead, they are also imagining what a “larger freedom” might look like outside national, legal, and political boundaries.