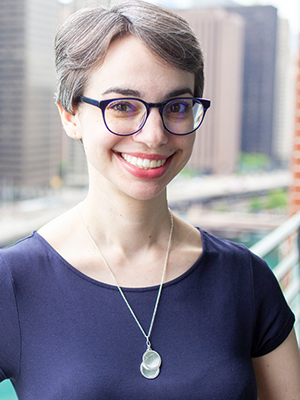 Margaret Geoga is an Egyptologist specializing in the transmission and reception of ancient Egyptian literature. She earned her PhD in Egyptology in 2020 and a concurrent MA in Comparative Literature in 2018, both from Brown University. Her current book project focuses on The Teaching of Amenemhat, an enigmatic Middle Egyptian poem depicting the murder of a pharaoh. The monograph investigates how this unusual and highly popular text was passed down, edited, and reinterpreted over the course of approximately 1000 years by its many ancient readers in both Egypt and Nubia. Maggie’s interest in reception studies also extends beyond antiquity. An ongoing project centers on Jean Terrasson’s 1731 novel Séthos, whose depiction of Egypt strongly influenced numerous eighteenth-century authors, artists, and thinkers—from Warburton to Cagliostro to Mozart—and still underlies many contemporary beliefs about ancient Egypt.

Between Literature and History: Reception in Ancient Egypt

The Teaching of Amenemhat is the only work of ancient Egyptian literature to depict the murder of a king. Narrated by the assassinated pharaoh Amenemhat I, the poem is unique for both its dark and potentially subversive subject matter and its great popularity among ancient readers. My monograph, Receptions of a Middle Egyptian Poem: A Textual and Material Study of The Teaching of Amenemhat, ca. 1550–500 BCE, investigates the transmission and reception of this important text. Combining textual criticism, material philology, and reception theory, the monograph examines a selection of the poem’s approximately 250 surviving manuscripts, asking who was reading it and in what contexts, how they altered the text, and how interpretations changed over time. My analysis reveals a socially and culturally diverse readership, from provincial Egyptian students to bureaucrat scribes to Nubian kings. I argue that Amenemhat was valued by its readers not only for its political content—as has been the focus of much previous scholarship—but also for its connections to Egypt’s past, its emotional intensity, and its role in scribal culture and self-presentation. These qualities enabled a wide range of readers to employ the poem in their particular negotiations of identity, heritage, and politics. As the first major study of the reception of an ancient Egyptian literary text, the monograph brings a new approach to the study of ancient Egyptian literature by foregrounding individual readers and their encounters with a text. The monograph engages closely with other disciplines’ reception studies, thus opening new avenues of cross-disciplinary dialogue.