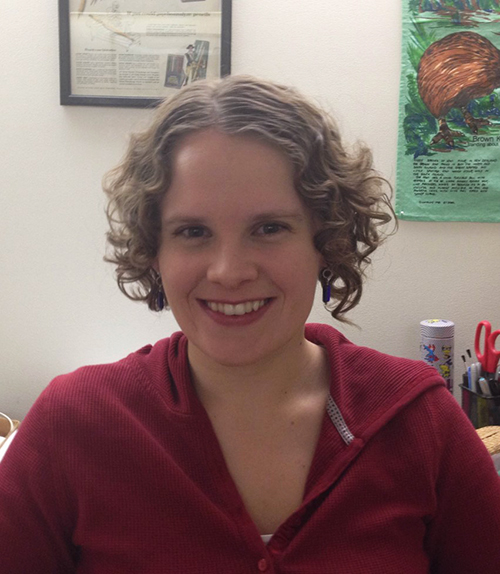 Laura Soderberg works on literature of the nineteenth-century U.S., focusing on the history of childhood during that time. Her dissertation, "Vicious Infants: Antisocial Childhoods and the Politics of Population in the Antebellum U.S.," examines how narratives of deviant children structured the production of race and class in the early United States and explores the literary forms that childhood takes when it is severed from national futurity. Her broader interests include law and literature, population studies, critical race theory, childhood studies, and the gothic.

Laura has taught courses including Children's Literature and a writing course on Poe's detective stories. She has also served as a coordinator for the American Literature Reading Group and, from 2013 to 2014, acted as the president of the Graduate English Association.

Vicious Infants: Antisocial Childhoods and Trajectories of Exclusion in the Antebellum United States

This project offers a counter-history of childhood as social threat in the antebellum United States, arguing that conventional accounts of sentimental youth have overwritten other, less comforting models. By turning attention back to these alternative formulations of childhood in which the juvenile represents danger rather than promise, we can better trace a history of contingent or refused assimilation to national citizenship, a set of narratives I term “antisocial childhoods.” This unruly set of discourses reveals an incipient vocabulary of demographic management, in which the differential images of childhood produced for children of color and laboring classes served to naturalize hierarchies in adult society, such that growing up different entailed growing up differently.