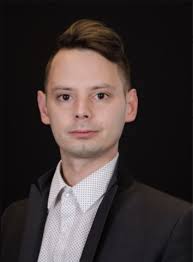 Ian Fleishman is an Assistant Professor of German and Cinema & Media Studies and the Graduate Chair of the Department of Germanic Languages & Literatures at the University of Pennsylvania, where he is affiliated with the Program in Gender, Sexuality, and Women's Studies, the Alice Paul Center, and the Penn Program in the Environmental Humanities. He is a comparatist working primarily on literature and film in French, German and English. He has published widely on topics ranging from the Baroque to contemporary pornography and his first monograph, An Aesthetics of Injury: The Narrative Wound from Baudelaire to Tarantino, is a past winner of the Northeastern Modern Language Association Best Book Award. Among other projects, he is currently editing, alongside Iggy Cortez, a volume on Negative Affect in the Work of Isabelle Huppert: Expressive Blankness.

Responding to recent calls for an investigation into the darker aspects of the camp sensibility, this book project posits formal experimentation as an index for evolving expressions of homosexuality from the advent of literary modernism to the present day. Counterfeit Identities explores how gay novelists and filmmakers historically negotiate between contingency and control, alternating between, on the one hand, uncommon admissions of narrative accident or constraint and, on the other, an insistence on the arbitrariness of authorial interventions into their plots. Correlating this double-gesture to the willful self-fashioning of queer identities, I theorize a mode of camp abjection through which an initially undesirable interpellation, like the term queer itself, is affirmed as freely chosen.