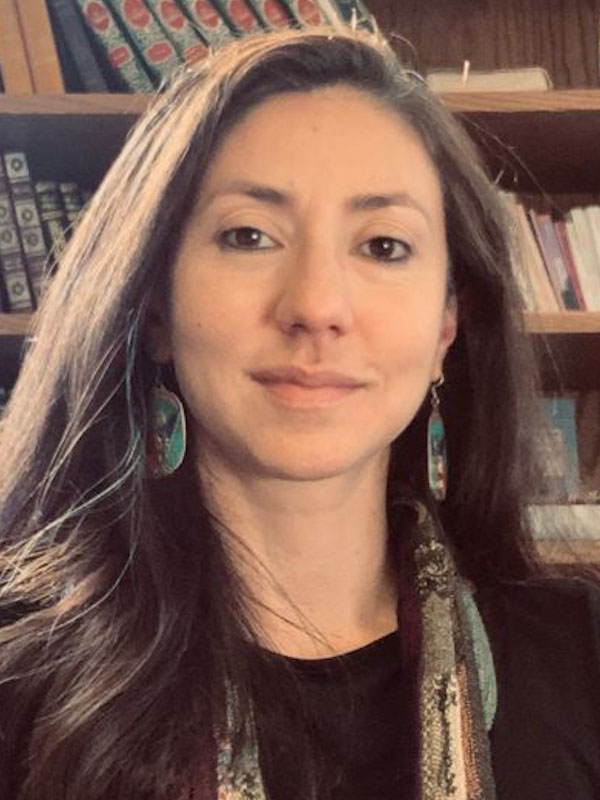 Associate Professor of Arabic Literature, Near Eastern Languages and Civilizations

Huda Fakhreddine is associate professor of Arabic literature in the department of Near Eastern Languages and Civilizations. She is the author of Metapoesis in the Arabic Tradition (Brill, 2015) and The Arabic Prose Poem: Poetic Theory and Practice (Edinburgh University Press, 2021). She is the co-translator of Lighthouse for the Drowning (BOA editions, 2017), The Sky That Denied Me (University of Texas Press, 2020), and Come Take a Gentle Stab: Selections from Salim Barakat (Seagull Books, 2021). Her translations of modern Arabic poems have appeared in Banipal, World Literature Today, Nimrod, ArabLit Quarterly, the Michigan Quarterly Review and others. Her book of creative non-fiction titled Zaman saghir taht shams thaniya (A Small Time under a Different Sun) was published by Dar al-Nahda, Beirut in 2019.She is co-editor of Middle Eastern Literatures and an editor of the Library of Arabic Literature.

Revolutionizing the Tradition: Umm Kulthum and the Arabic Qas̩īda

The celebrated Egyptian singer Umm Kulthum is one of the most successful re-animators of the Arabic qas̩īda in the twentieth century. Her work reveals a profound understanding of the movement of the qas̩īda from the personal to the public, from reflection to engagement, and from self to other/others. Her selection of poems, her editing of them, and her final performances all attest to her ability to “translate” and “rewrite” the archetypal form for her times, revealing in it a call for outward engagement (social, political, historical) that can only arise from a most personal and inward of postures. Not only evoking the tradition but also striking significant contemporary chords, these poems-turned-songs show how Umm Kulthum rewrote the Arabic qasida and forged powerful statements with deep and lasting reverberations. By studying her selections from pre-modern poetry as well as from the poetry of her contemporaries, my project showcases Umm Kulthum’s understanding the Arabic qas̩īda’s structure and ethos and her ability to activate this archetypal structure on a popular level through selection, abridgment, framing, and performance.