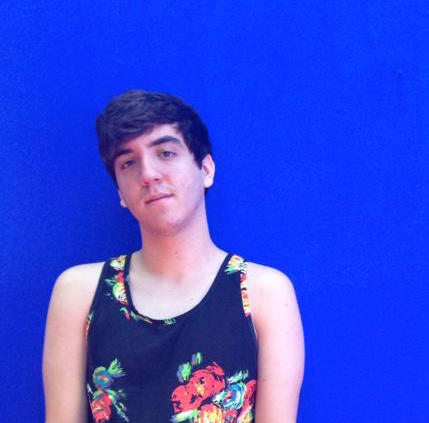 Gabriel is pursuing a degree in English with a concentration in 20th Century Literature. His studies center around queer theory and queer literature of the 20th Century. His honors thesis, Then Another and Another, examines scenes of orgy in contemporary gay men’s literature and pornography, imagining how these scenes come to construct a feeling of political futurity for gay men through exposition and merging of marginalized, fragile, and anonymous bodies. In addition, he is involved with queer activism at Penn as a founding member of Penn Non-Cis, the only trans-focused activist group on Penn’s campus. His poems have been published in several publications and as 2 chapbooks: one on the historicity of gay sex and another on the digital persona of the pop-diva Cher.

This project will study the methods by which contemporary gay pornography has confronted and attempted to radically reconfigure the narratives, politics, and erotics of AIDS/HIV. Focusing especially on the film Viral Loads by Treasure Island Media and the controversy that surrounded its release, characterized by articles on the film from VICE and Salon, this project will argue for the ability of the film to produce a re-reading of major stigma against viral bodies and the condition of sickness within eroticism through the form of pornography and erotic spectatorship. This project will argue that the hyper-exposition of the viral gay male body in sexuality offers a healing mechanism against the fear, marginalization, and pathologization that come with stigma towards AIDS/HIV.