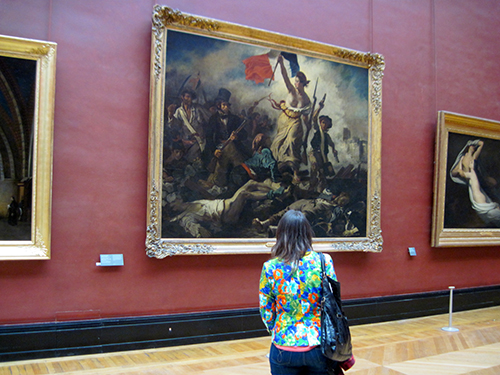 Elizabeth Della Zazzera is a PhD candidate in History at the University of Pennsylvania. She received an in MA in History from the University of Victoria in 2009. A historian of modern France and of print culture, her dissertation research focuses on the aesthetic politics of literary journals in Restoration Paris.

Romanticism in Print: Periodical Production and the Politics of Aesthetics in Restoration France, 1814-1830

This project examines the role of literary journals in the growth of romanticism in Restoration Paris. It argues that the creation of romanticism as a genre, especially through its conflict with classicism, was a collaborative process that involved writers, printers, booksellers, readers, and institutions. The literary and aesthetic debates between classicists and romantics, with their conceptions of what was ‘French’ and what was not, became entangled with political debates between liberals and royalists in imprecise ways that shifted over time. To understand romanticism we must understand the various ways it could be mobilized politically. By looking at the institutions of print in conjunction with the development of romanticism, this study will expand our understanding of the relationship between business, culture, and politics in Restoration France.