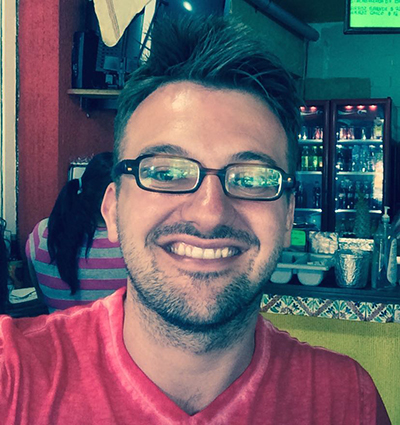 Don James McLaughlin is a Ph.D. candidate in the English Department at the University of Pennsylvania. He is currently writing a dissertation titled “Touching Phobia: Viral Affect and the Medicalization of Fear in Anglo-American Literature.” In September 2014, an excerpt from the project titled “Color-Phobia” was awarded Penn’s annual William Patrick Day Essay Prize, given to the best essay written by a PhD student in English over the past year. Don James has also received recognition for his teaching. In May 2013, he received Penn’s Dean’s Award for Distinguished Teaching by a Graduate Student. Courses taught by Don James at Penn include “Wizard of Oz in Context,” in the Critical Writing Program; “Politics of the Archive: An Introduction to Theories of Gender and Sexuality” in GSWS; and “Literary Philadelphia,” a study tour focused on Philadelphia’s most renowned and influential nineteenth-century writers. The course coincided with an exhibit, in which Don James was involved at the Library Company of Philadelphia, titled, “That’s So Gay: Outing Early America.”

In Regulating Aversion (2006), Wendy Brown reads one of neoliberalism’s most celebrated horizons, social tolerance, as an insidious discourse of “depoliticization.” My dissertation focuses on historicizing a term that has long been central to the concept of tolerance: the suffix “-phobia.” In 1786, Benjamin Rush launched the term phobia into Anglophone consciousness with an essay titled “On the Different Species of Phobia.” By the early 1800s, phobia found one of its most forceful, rhetorical appropriations in abolitionist discourse, where “Negrophobia” and “color-phobia” became standard measures of explaining slavery. The parts of the dissertation devoted to these terms explore anti-slavery texts that participate in or offer alternatives to phobia, with the goal
of analyzing its contribution to the production of race.