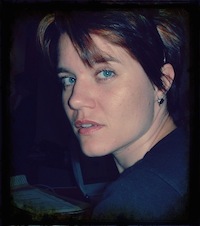 Antje Pfannkuchen is assistant professor at Dickinson College and currently a visiting scholar at NYU. She has studied German and Comparative Literature, Media Theory, Cultural History, and Interactive Telecommunications, in Berlin and New York and continues to be interested in interdisciplinary connections between literature, science, art, technology and theory from about 1750 to the present. Recent publications have examined Georg Christoph Lichtenberg’s observations in art and experimental physics or Ezra Pound’s interest in 19th century science. She is currently working on a manuscript considering the Romantic contexts of the invention of photography and on an edited volume considering German media theorist Friedrich Kittler’s legacy.

A New Type of Romantic Colors: Invisible Rays and the Optical Spectrum

The science of color in Romanticism seems dominated by Goethe. But a different German scientist, Johann Wilhelm Ritter, proved that a Romantic worldview made a color-related discovery possible that–in contrast to Goethe’s–is still well respected among scientists today: the detection of ultraviolet rays. In 1800 British astronomer William Herschel found heat rays beyond the visible red (infrared) when measuring temperatures of the color spectrum but couldn’t identify anything equivalent beyond the violet. As a Romantic convinced of the polarity of the world, Ritter projected the refracted colors onto paper sensitized to light and was able to show that the corresponding invisible color on the opposite end was the chemically active Ultraviolet. The extension of the visible color spectrum in both directions was to change the understanding of colors and light fundamentally.