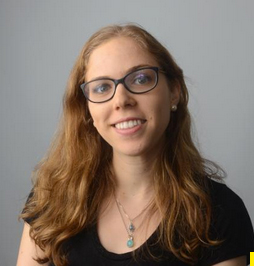 Abigail Koffler is a senior from Queens, New York. At an early age, she learned to ride the subway and avoid the nickname “Abby.” She attended international school from kindergarten through 8th grade, where she began to study Spanish. While attending public high school, she learned that education is political, and studied a lot. At Penn, she studies history, urban education and Spanish and is passionate about all three, especially about her history thesis on indigenous education in Ecuador. Outside of the classroom, Abigail spent most of her time as an undergraduate at 34th Street Magazine, Penn’s weekly arts and culture magazine, where she was the digital director (and occasionally wrote about food). She feels happiest in big cities and obsessively reads restaurant reviews. Abigail studied abroad in Buenos Aires, Argentina, and also interned at Ashoka in Mexico City, whose avocados she still regularly pines for as a vegetarian. She loves traveling, eating and cooking and talking about complicated issues. Abigail hopes to change the world in the most effective way she can. She’s working on figuring out what that is.

‘He too has a right to be educated’: Inclusion and Identity in Ecuador’s Indigenous Movement, 1927-2009

In Ecuador, a nation with a large Indigenous population, the question of education is at once political and revolutionary. In the 1930s, Indigenous activists learned tactics from  communist and socialist unions and set up many schools in regional groups. A generation of activists, led by Dolores Cacuengo made tremendous strides. In 1988, the Ministry of Education officially assumed responsibility for Indigenous education under coalition pressure, but it has since failed to capture the nuances of the nation’s Indigenous communities and their expectations for education. Meanwhile, the Indigenous groups have mobilized into a political party that hopes to redefine Ecuadorian nationality against centuries of structural oppression. They are waging vital fights for resources and respect.