Presented by the Philomathean Society

The Philomathean Society is proud to present Tracy K. Smith as the 2019 Annual Orator. Professor Smith is a poet and memoirist currently serving her second term as the U.S poet laureate. Smith's poetry "is a way of stepping into the mess of experience." She writes about identity, fraught national politics, and the power of words to drastically alter our thoughts, experiences, and collective existence.

'Why Poetry? Why now?' features Smith's explanation of her belief in the power of poetry and literature to alter discussions of race, social justice, and gender equality in U.S political discourse. In her work, Smith wades between the scientific and the emotional, her personal identity and her greater social role as a woman of color. Combining elements of whimsy and science fiction, American history and spiritual elegy, Smith stretches beyond a single genre of poetry or memoir to try to grasp at something greater: how literature can raise empathy, awareness, and awe at the different angles of the human condition.

In 2017, Tracy K. Smith was appointed the 22nd United States Poet Laureate. She is the author of the critically acclaimed memoir Ordinary Light (Knopf, 2015) and four books of poetry, including her most recent Wade in the Water (Graywolf, 2018). Her collection Life on Mars won the 2012 Pulitzer Prize and was selected as a New York Times Notable Book. Duende won the 2006 James Laughlin Award from the Academy of American Poets and an Essence Literary Award. The Body’s Question was the winner of the 2002 Cave Canem Poetry Prize. Smith was the recipient of a Rona Jaffe Writers Award in 2004 and a Whiting Award in 2005. In 2014 the Academy of American Poets awarded Smith with the Academy Fellowship, awarded to one poet each year to recognize distinguished poetic achievement. She is the Roger S. Berlind ’52 Professor in the Humanities, and Director of the Creative Writing Program at Princeton University.

Following the Annual Oration will be a reception with Professor Smith in the Philomathean Halls, College Hall from 9:30-10:30 pm. 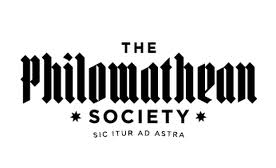