Professor Schwartz teaches courses in German and comparative literature and in film. His special interests include the Enlightenment (as historical event and unfinished process), European neoclassicism and modernism, American, French, Dutch and Japanese literature, early film and photography, the critical work of the Frankfurt School, literary and musical folk genres, visual propaganda, and the “science of culture” (Kulturwissenschaft) of the art historian Aby Warburg and his circle.  He is the author of After Jena: Goethe’s Elective Affinities and the End of the Old Regime (Bucknell UP, 2010) and of articles on Goethe and his age, Georg Büchner, Aby M. Warburg, Michael Haneke, and the Faust tradition in its relation to media history; his most recent publication is an iconographic study of Chinese Communist paper money and Soviet silent film (2014).  His complete translation of a classic work of literary genre theory, André Jolles’s Simple Forms (1929), was published by Verso Books (London) in February 2017, and he is writing a book about Aby Warburg’s response to the First World War.

Through this series of talks, the German department is interested in exploring literary afterlives via the haphazard and layered imagery of geological sedimentation. Two sources helped orient them in developing this theme: the German word “absetzen” in all of its various meanings (to distance oneself, to dethrone, to deposit, to transmit, to wean, etc.) and A Student’s Table, a still-life by William Michael Harnett from 1882. Featuring one speaker per month, Peter Schwartz from Boston University joins us for the first installment of this series. 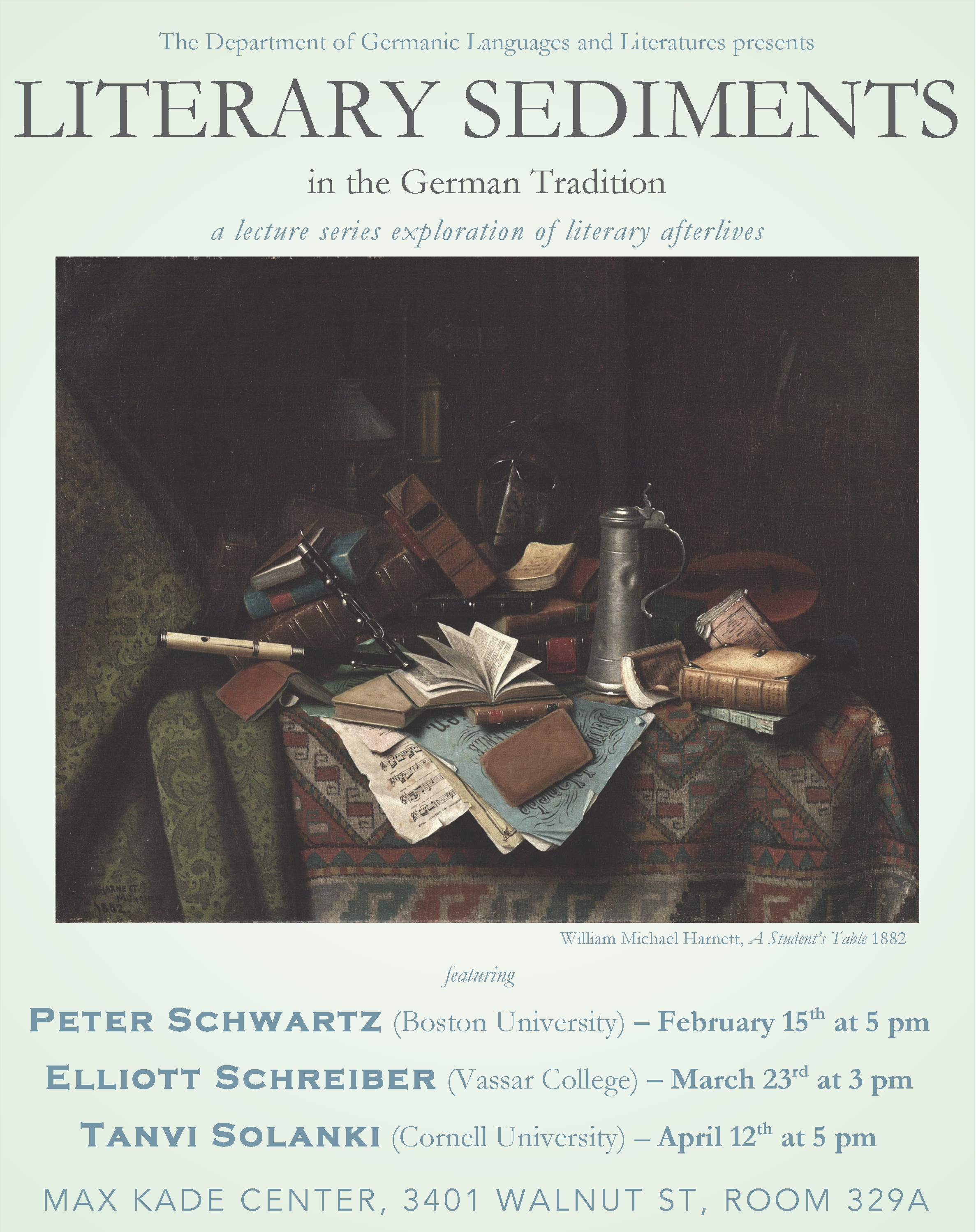