Currie C. and Thomas A. Barron Visiting Professor in the Environment and the Humanities, Princeton Environmental Institute

Presented by the Wolf Humanities Center and Penn Program in Environmental Humanities.

Ashley Dawson, author of Extinction: A Radical History, will speak about his newest book, Extreme Cities: The Peril and Promise of Urban Life in the Age of Climate Change. Penn Sociologist Daniel Aldana Cohen, director of the Superstorm Research Lab and co-host of the climate politics podcast Hot & Bothered, will provide a response and conduct a conversation with Dawson about the environmental impacts of urbanization and gentrification, the increasing menace of urban flooding, and the emerging urban movements fighting for better forms of city living.

Ashley Dawson is the Currie C. and Thomas A. Barron Visiting Professor in the Environment and the Humanities at the Princeton Environmental Institute for 2017/18 and Professor of English at the Graduate Center, City University of New York (CUNY). He is the author of two recent books on topics relating to the environmental humanities: Extreme Cities: The Peril and Promise of Urban Life in the Age of Climate Change (Verso Books, 2017), and Extinction: A Radical History (O/R Press, 2016). Dawson recent completed work on a book entitled The Energy Commons: How to Fight Fossil Capitalism and Reclaim Public Power, and is currently writing about the experience and literature of planetary urbanization.

In Extreme Cities, Ashley Dawson argues that the world’s cities are ground zero for climate change. They make the largest contribution of carbon to the atmosphere while being extremely vulnerable to rising sea levels. Most megacities are in coastal zones, yet few of them are adequately prepared for the floods that will increasingly menace their shores. Instead, they continue to develop luxury waterfront condos for the elite and industrial facilities for corporations. These not only increase carbon emissions, but will also place coastal residents at greater risk when water levels rise. Extreme Cities is a disturbing portrait of the future facing cities as varied as Jakarta, Delhi, Port-au-Prince, and São Paulo. Our best hope lies not with fortified sea walls, Dawson argues, but with urban movements already fighting to make our cities more just and equitable.

As Assistant Professor of Sociology at the University of Pennsylvania, Daniel Aldana Cohen works on the poitics of climate change, inequalities of race and social class, and the political projects of both elites and social movements in urban spaces, with a focus on global cities of the North and South. Cohen is co-founder and co-principal investigator of the Superstorm Research Lab, a mutual aid research collective investigating changes in New York’s politics after Superstorm Sandy, and from 2015-17, he co-hosted Hot & Bothered, a podcast on climate politics hosted by Dissent magazine. 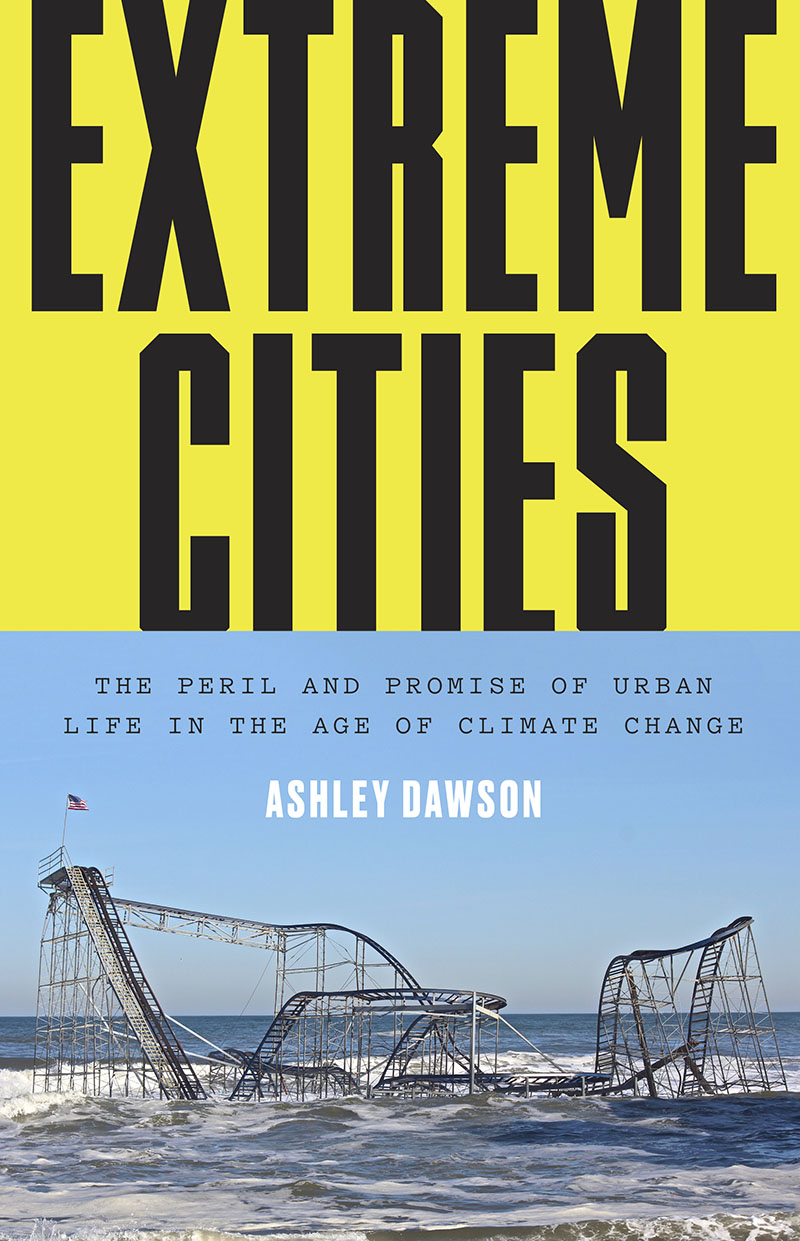