Professor of History and Middle Eastern Studies, University of Texas at Austin

How did Islam shape the thinking of the founding Fathers and the birth of American religious freedom? How did Muslims, the ultimate eighteenth-century outsiders, become pivotal to a robust notion of religious pluralism and civil rights? In addressing these questions, Professor Spellberg prompts this conference to consider whether the terms “American” and “Muslim” need always be placed in binary opposition, or whether historians may, instead, consider evidence documenting shared spaces in past worlds. Positioning Islam in America's founding history sets an example for such an inquiry, and highlights issues that, once theoretical, are now tested daily.

Denise Spellberg's research in intellectual, religious, and gender history focuses on the medieval Islamic world, from Iran to North Africa, and on Islam and Muslims in early modern and contemporary Europe and the United States. Her book Thomas Jefferson’s Qur’an: Islam and the Founders (Knopf, 2013) has been translated into Indonesian and Arabic, with work underway on a Turkish edition. In this seminal work, Spellberg notes:

More than any of his contemporary Founders, Jefferson was engaged with Islam and the Muslim world.  ...As president he had much to say on religious liberty, as his Statute for Religious Freedom (one of three things he wanted carved on his grave) guaranteed religious freedom, in his words, to "the Jew and the Gentile, the Christian and the Mahometan, the Hindoo, and infidel of every denomination" (p. 119).

Spellberg's first book, Politics, Gender, and the Islamic Past: The Legacy of 'Aisha bint Abi Bakr (Columbia, 1994), is widely cited for its portrayal of Aisha in Islamic tradition. In 2009 it won the Dost Book Prize of the Turkish Women's Cultural Association, Istanbul, for its universal contribution to Islamic Studies. A re-issued edition with a new introduction is forthcoming (Columbia University Press). Also forthcoming is her third book, ‘A’isha and the Islamic Historical Tradition: A Biography of the Prophet's Wife. She holds a BA from Smith College and a PhD from Columbia University. 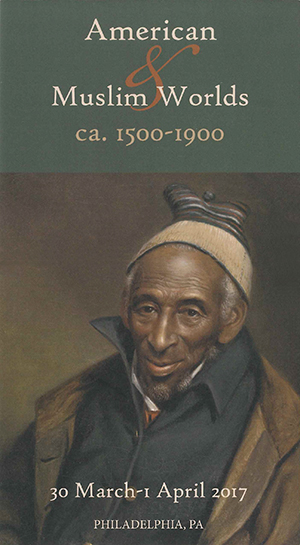