A Conversation with Shahzia Sikander

Through an exploration of visual art, history, and culture, New York-based artist and recipient of the 2022 Fukuoka Prize for Arts and Culture, Shahzia Sikander talks about the concept of heritage as something that is both visible and invisible. She uses examples of her work to think about how history is determined or how the past is activated. Wolf Humanities Center director Jamal J. Elias joins Sikander for a wide-ranging conversation about art, storytelling, and more.

Cosponsored by the Penn Forum for Global Islamic Studies. 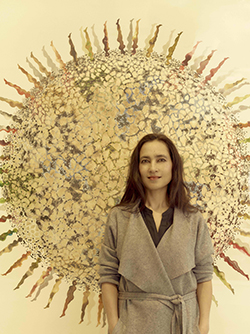 Sikander earned a B.F.A. in 1991 from the National College of Arts in Lahore, Pakistan where her seminal thesis work, The Scroll (1989–1990) initiated the start of the neo-miniature movement leading to increased enrollment in the NCA’s miniature painting department. Subsequently, Sikander was appointed lecturer in miniature painting at the school. The artist moved to the United States to pursue an M.F.A. at the Rhode Island School of Design from 1993 to 1995; from 1995 to 1997 she participated in the CORE Program of the Glassell School of Art at The Museum of Fine Arts, Houston.

Recipient of the MacArthur genius grant (2006), US Medal of Art (2012), and Fukuoka Arts and Culture Laureate (2022), Sikander's work has been exhibited and collected internationally including at Philadelphia Museum of Art, MoMA NY, Whitney Museum, Guggenheim Bilbao, MAXXI Museum Rome, MOT Japan, Asia Society HK, and Jesus College, Cambridge, UK. A traveling survey of her early works opened at the Morgan Library and Museum New York in 2021 and traveled to the RISD Museum and closed in June 2022 at the Museum of Fine Arts in Houston. 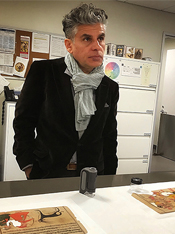 Jamal J. Elias is the Director of the Wolf Humanities Center, Walter H. and Leonore C. Annenberg Professor of the Humanities, and Professor of Religious Studies at the University of Pennsylvania. He specializes in Islamic thought, literature, and history in Western, Central, and South Asia, with a focus on Sufism and Visual Culture.

Dr. Elias is the author of Alef is for Allah: Childhood, Emotion and Visual Culture in Islamic Societies (Berkeley 2018); Aisha's Cushion: Religious Art, Perception and Practice in Islam; On Wings of Diesel: Trucks, Identity and Culture in Pakistan; This is Islam: From Muhammad and the Community of Believers to Islam in the Global Community; Islam; The Throne Carrier of God: The Life and Thought of ‘Ala’ ad-dawla as-Simnani; the coauthor of Interpreting the Self: Autobiography in the Arabic Literary Tradition; the editor and translator of Death Before Dying: Sufi Poems of Sultan Bahu; the editor of Key Themes for the Study of Islam; the coeditor of Light Upon Light: A Festschrift presented to Gerhard Böwering by His Students; as well as the author of numerous articles. His writings have been translated into at least nine languages. He is the lead investigator on a project entitled "Art and Islam in Society: Aesthetic Cognition Expanding Religious Meaning," funded by the Templeton Religion Trust.

The Wolf Humanities Center values inclusivity and we aim to create a welcoming environment for people of all backgrounds. Please feel free to note any accessibility needs or concerns in your registration, or to connect with us by email or phone (215.573.8280). 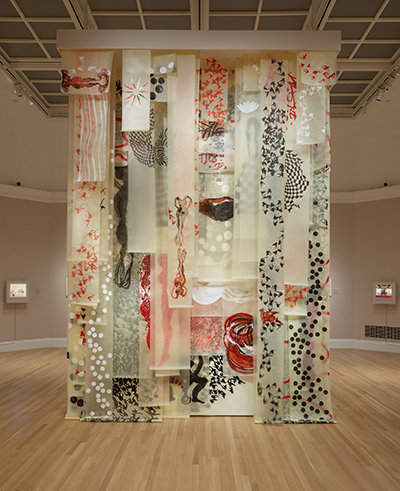 The Wolf Humanities Center values inclusivity and we aim to create a welcoming environment for people of all backgrounds. Please feel free to note any accessibility needs or concerns in your registration, or to connect with us by email or phone (215.573.8280).