Can Scientists (Not) Be Activists?

Can Scientists (Not) Be Activists?

This lecture draws attention to the ways that scientific research does or does not translate into ethical or political imperatives, drawing from Dr. Hansen’s controversial decision to leave his post as the head of NASA’s Goddard Institute to devote his time to political activism. He talks about the process of science and independent peer review in the context of rapid global climate change.

Four years ago this April, James E. Hansen at age 72 retired from NASA after a 46-year career at the space agency's Goddard Institute for Space Sciences. The reason? To more fully devote himself to climate activism. "You can't testify against the government" if you work for them, said Hansen in this April 2013 New York Times article. "At my age, I am not worried about having an arrest record."

After retiring from NASA as Goddard's director, Dr. Hansen joined Columbia University's Department of Earth and Environmental Sciences, where he heads the Climate Science, Awareness and Solutions Program. He was trained in physics and astronomy in the space science program of Dr. James Van Allen at the University of Iowa. His early research on the clouds of Venus helped identify their composition as sulfuric acid. Since the late 1970s, he has focused his research on Earth's climate, especially human-made climate change.

Today, Dr. Hansen is best known for his testimony on climate change to congressional committees in the 1980s, which helped raise broad awareness of global warming. He has been recognized with many major honors. These include election to the National Academy of Sciences in 1995, and the Heinz Award for environment and the American Geophysical Union's Roger Revelle Medal in 2001. In 2006, he received the World Wildlife Federation’s Conservation Medal from the Duke of Edinburgh and was designated by Time Magazine as one of the world’s 100 most influential people.

In 2007 Dr. Hansen won the Dan David Prize in the field of Quest for Energy, the Leo Szilard Award of the American Physical Society for Use of Physics for the Benefit of Society, and the American Association for the Advancement of Science Award for Scientific Freedom and Responsibility. (That same year, Mark Bowen's book, Censoring Science: Inside the Political Attack on Dr. James Hansen and the Truth of Global Warming was published.) In 2008, Hansen won the Common Wealth Award for Distinguished Service in Science and was also awarded both the Ohio State University’s Bownocker Medal and the Desert Research Institute’s Nevada Medal. In 2009, Dr. Hansen received the American Meteorological Society’s Carl-Gustaf Rossby Research Medal. In 2010 he received the Sophie Prize and the Blue Planet Prize. 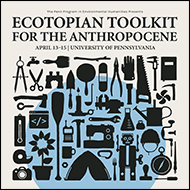