Some of the most innovative novelists of our day are cartoonists. Within that heady league, Art Spiegelman is a towering figure. His best-selling Maus and Maus II brought comic books out of the toy closet and onto the literature shelves. It would be difficult to overstate his influence on other cartoonists and graphic novelists and on the genre itself. In 2005, Time Magazine named him one of their Top 100 Most Influential People worldwide.

Don't miss this Pulitzer Prize-winning author and former New Yorker artist as he surveys the remarkable evolution of comix (as he spells it), "the bastard offspring of art and commerce," once denounced as the lowest form of literature and never fully appreciated for its beauty and innovation. Until now. . .

Spiegelman believes that in our post-literate culture the importance of the comic is on the rise. Comics, he says, "echo the way the brain works. People think in iconographic images, not in holograms, and people think in bursts of language, not in paragraphs." And who hasn't come away changed from reading Maus, or In the Shadow of No Towers, or others' iconic works such as City of Glass or Persepolis? 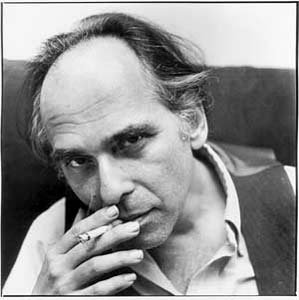 The Penn Humanities Forum gratefully acknowledges the following cosponsors: at the University of Pennsylvania: the Office of the Provost, Center for Programs in Contemporary Writing, Jewish Studies Program, and SPEC Connaissance. Outside Penn: the International Association of Word and Image Studies/Association Internationale pour l'Etude des Rapports entre Texte et Image.