Award-winning author Teju Cole sits down with Amardeep Singh, a noted scholar of global English literature, to discuss the ways translation has shaped Cole's life and work, and how it informs his new book Known and Strange Things (Random House and Faber & Faber), a collection of essays on art, literature, photography, and politics. Photography critic for The New York Times Magazine, Cole presented his own photography in a recent solo exhibition, "Blind Spot," which included an essay Cole wrote about his experience with temporary blindness. Book signing to follow.

Teju Cole is a Nigerian-American writer, art historian, and photographer. His first two books, Open City (2011) and Every Day is for the Thief (2014), were received to wide acclaim. Open City won the PEN/Hemingway Award, the Rosenthal Award of the American Academy of Arts and Letters, the Internationaler Literaturpreis, and the New York City Book Award for Fiction. It was also shortlisted for the National Book Critics Circle Award, the New York Public Library Young Lions Award, and the Ondaatje Prize of the Royal Society of Literature.

His national bestselling novella Every Day is for the Thief features original photographs by Cole and was named a Book of the Year by the New York Times, the Telegraph, the Globe and Mail, and NPR, was a finalist for the Phillis Wheatley Book Award, and was shortlisted for the PEN/Open Book Award.

Cole's photography has been exhibited in India, Iceland, Italy, and the US, and published in a number of journals. In addition, he has contributed to The New Yorker, Granta, and other magazines. He has lectured widely—from Harvard's Graduate School of Design to Twitter's headquarters—and gave the 2014 Kenan Distinguished Lecture in Ethics at Duke University. In 2015, Yale University awarded him the Windham Campbell Prize for Fiction.

Amardeep Singh teaches postcolonial literature and 20th/21st-century British literature at Lehigh University. His book, Literary Secularism: Religion and Modernity in Twentieth-Century Fiction, was published in 2006 by Cambridge Scholars Press. He is currently completing a book on filmmaker Mira Nair. Singh is also published in a number of jourmals, among them Minnesota Review, Symploke, Journal of Postcolonial Writing, where he currently serves on the editorial board, Journal of Commonwealth and Postcolonial Studies, and South Asian Review. Many of his blogs on contemporary British, American, and world literature, South Asian literature, modernism, and engaging literary theory can be found here.

Cosponsored by Penn's Department of English 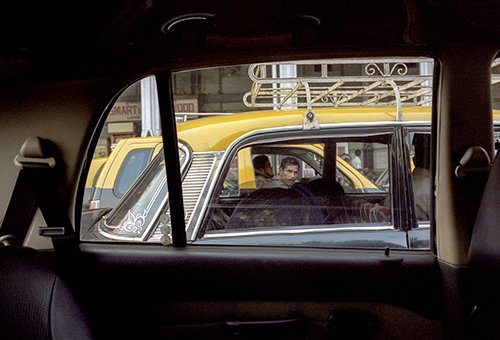