Border Nation; You Are on Indian Land

Border Nation; You Are on Indian Land

The Tohono O’odham Nation has long inhabited the lands on both sides of the border separating Arizona and Sonora, Mexico. Border Nation tells the story of Ofelia Rivas, who lives near the Arizona side of the border, while her father’s house is located in Sonora. Post 9-11, the U.S. government erected vehicle barriers and border patrol agents flooded the Nation’s land. Under the auspices of protecting “the American way of life,” these aggressive interventions threaten to destroy the Tohono O’odham way of life.

You Are on Indian Land
Dir. Michael Kanentakeron Mitchell, 1969, 36 min.

After Canadian authorities ignore trading rights afforded to the Kanien’kéhaka (Mohawk) tribe by the Jay-Treaty of 1794, Kanien’kéhaka community members stage a protest. By blocking the international bridge between Ontario and New York State located on their territory in Akwesasne, the tribal protesters assert their self-determination amidst a violent backlash. This powerful short documentary was produced by the Indian Film Crew (IFC), the first all-Indigenous unit of Canada’s National Film Board. Shown widely across the continent, You are on Indian Land catalyzed a new generation of Indigenous activism.

Presented by Penn Museum and cosponsored by Penn's Center for Latin American and Latinx Studies; Cinema and Media Studies; Wolf Humanities Center; Center for Experimental Ethnography; and Natives at Penn.

Pay what you wish. 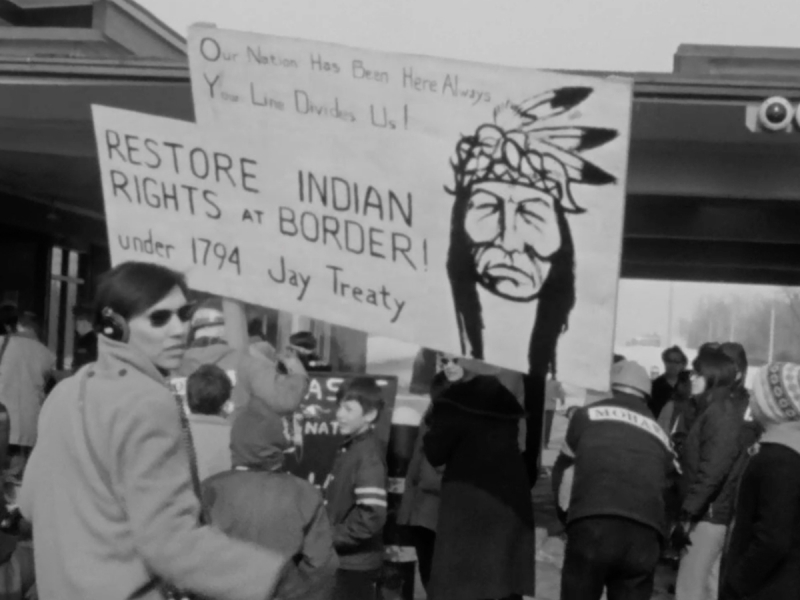 BOTTOM: Detail of still from You Are on Indian Land (Dir. Michael Kanentakeron Mitchell, 1969, 36 min.)

Pay what you wish.