The Art of Migration

The Art of Migration

The Sharjah Art Foundation was founded in 2009 by curator Hoor Al Qasimi and has served as a catalyst and advocate for the arts not only in Sharjah, UAE, but also regionally and internationally. Al Qasimi’s passion for supporting experimentation and innovation in the arts has expanded the scope of the Foundation to include touring international exhibitions, artist and curator residencies, commissions and grants for emerging artists, and a wide range of educational programming. Al Qasimi also serves as director of the Sharjah Biennial, which under her leadership has become an internationally recognized platform for contemporary artists, curators, and cultural producers.

Al Qasimi reflects on the work of contemporary artists engaged in representations of migration and talks with Penn scholar Sonal Khullar about the art and politics of migration.

Hoor Al Qasimi is President and Director of Sharjah Art Foundation (SAF), Director of the Sharjah Biennial, President of the International Biennial Association, President of The Africa Institute, and Chair of the Board for the Sharjah Architecture Triennial. In 2020, Al Qasimi served as curator of the second Lahore Biennale in Pakistan. Al Qasimi has curated several major exhibitions mounted by Sharjah Art Foundation, including Tarek Atoui: Cycles in 11, Zarina Bhimji: Black Pocket, Amal Kenawy: Frozen Memory (2018–2019), the major retrospective Hassan Sharif: I Am The Single Work Artist (2017), Yayoi Kusama: Dot Obsession (2016–2017) and Robert Breer: Time Flies (2016–2017) as well as many other notable projects. Al Qasimi co-curated the landmark exhibition Joana Hadjithomas and Khalil Joreige: Two Suns in a Sunset (2016), which debuted in Sharjah before traveling to Paris, Munich, and Valencia. She also co-curated the major survey shows When Art Becomes Liberty: The Egyptian Surrealists (1938–1965) in Cairo (2016) and The Khartoum School: The Making of the Modern Art Movement in Sudan (1945–Present) in Sharjah, UAE (2016–2017). Al Qasimi has an MA in curating contemporary art from the Royal College of Art, London, UK (2008). She holds a diploma in painting from the Royal Academy of Arts, London, UK (2005) and received her BFA from the Slade School of Fine Art, London, UK (2002).

Sonal Khullar is W. Norman Brown Associate Professor of South Asian Studies in the Department of the History of Art at the University of Pennsylvania. She researches the art of South Asia from the eighteenth century onward, with a particular interest in histories of cosmopolitanism, postcolonial art worlds, and critical historiographies of art. Her first book, Worldly Affiliations: Artistic Practice, National Identity, and Modernism in India, 1930-1990 (University of California Press, 2015), received the Bernard S. Cohn Book Prize of the Association of Asian Studies in 2017. She is completing a book manuscript, The Art of Dislocation: Conflict and Collaboration in Contemporary Art from South Asia, under advance contract with the University of California Press, and editing a volume, From Kitabkhana [Library] to Karkhana [Workshop]: The Arts of the Book in South Asia, under contract with the University of Washington Press. 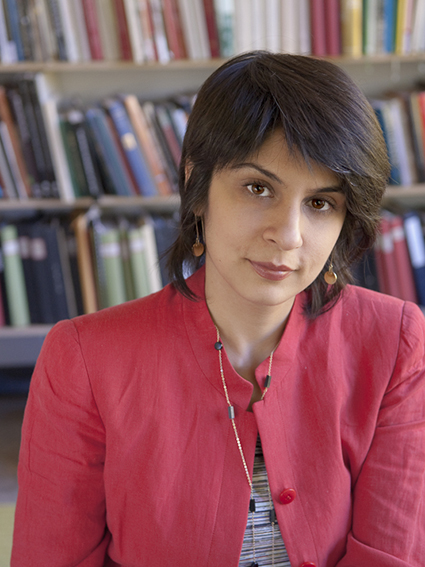